Lately, we’ve had a lot of milk go sour, LONG before the expiration date. In fact, it has happened so often, the kids do a thorough inspection now before daring to douse their beloved cereal in potentially ‘rotten’ milk. Generally, Lizzy does the inspections, you know because she’s older and more qualified to sniff cartons and read expiry dates. Today Sam did the honors.

Sam: “Dad, I think this milk might be bad. It’s really old.” 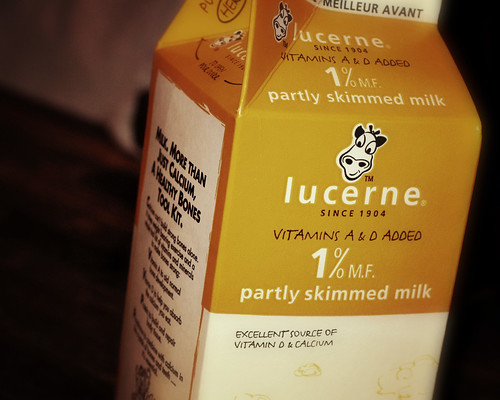 Mr. MK: *chuckle, chuckle* “Uh, that’s the year the company was started son, the milk is fine, it’s safe to eat your cereal.”

BWAHAHAHA … kids are so funny!

Comments will be turned off after 48 hours on each post – so come back often.