The kids and I took in the 82nd Annual Buck Lake Stampede this weekend. Tons of fun!

My twelve year old daughter decided to do more than just be a spectator, and gave the rodeo a try.

Watch at your own risk. I may have used a curse word or two when my kid ended up under the horse for the second day in a row. (Rated –> PG)

The object is for two of the kids to hold the wild pony, while the third hops on for a ride. 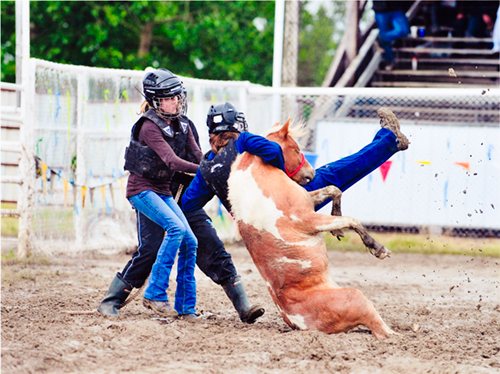 This turned out a little bit more like steer wrestling, but like the announcer said, “That’s some cowgirl spunk!” 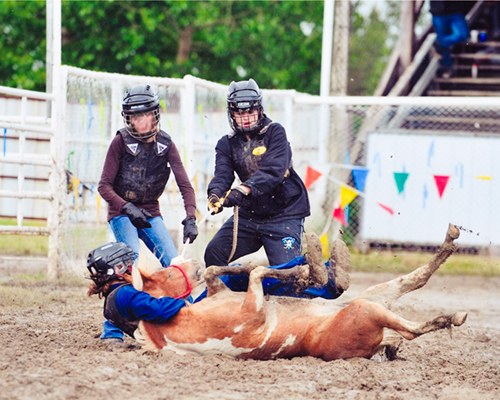 Oops! The girls gave it a good try.

How was your weekend?