Are We Bad Parents? (iTunes Giveaway)

Last night Mr. MK and I, left our nine year old standing outside in -20 degree weather, in the dark with no hat or mittens and drove away! 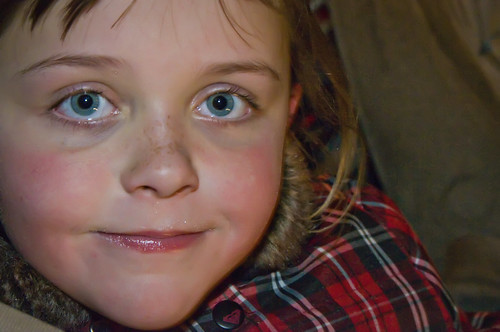 Then again, it’s all been said on facebook, so I am just going to copy the conversation here (my friends names have been changed to protect the innocent).

MommyKnows at 8:55pm December 17
We left Lizzy at the school after her concert! I guess her door wouldn’t open so she couldn’t get in the truck. Obviously we didn’t notice and when we got home … she wasn’t with us! We turned around to go back but she was pretty much home! No gloves, hat, it’s DARK, it’s COLD! We suck!!

NMH at 9:04pm December 17
We have all been there…
After a soccer game this summer we all got out of the car and left Adam (6) behind. He could not unlock the door because his hands were full of sunscreen and he didn’t know about the unlock button. I found him a few minutes later hiding in the car….hiding because he was afraid the police would find him and put me in jail for leaving him in the car alone.

MommyKnows at 9:13pm December 17
@NMH – Thanks :) poor guy!
@IIT – I actually started to laugh, because I’m awful like that! Will nearly started to cry, because he’s nice like that. Lizzy was running down the road … all red faced and cold! She’s fine and thought we were playing a joke on her :(

GB at 9:56pm December 17
Poor Lizzy….i guess she’d better come live at Auntie’s house. Sounds like she’ll be OK, even tho’ you did laugh at her ;(

MommyKnows at 10:02pm December 17
Hahaha … I couldn’t help it! We checked the whole suburban, I thought she was hiding. Then Will said, “she has to be here, I was talking to her!” I burst out laughing. I was laughing at us! I actually felt bad for her and her red little face :(

GB at 10:36pm December 17
Tell Will that talking to someone and getting no response might possibly indicate the person is not present. :)

KS at 2:04am December 18
OOPs, only having the 1 helps avoid this kind of thing! But D was away last night and W and I woke up this morning at 8.25, W starts school at 8.40. Cereal bar in the car and money to buy lunch! OOOPS

SB at 5:22am December 18
You’re all terrible lol….sounds like a movie script

KS at 8:59am December 18
I see the kids got a ride to school this a.m., that has got to count for something!

MommyKnows at 11:05am December 18
Yes that is what you call a — GUILT Trip (pun intended).

Are we bad parents? Ummm … on second thought, don’t answer that! What’s your worst parenting oops?

***
All comments and back-links for this post will be entered to win a $25 iTunes Card (includes shipping and handling) in my $25 iTunes Giveaway. If you comment and blog about the Giveaway you’ll receive two entries (too easy). I’ll randomly choose the winner on December 22nd, 2008 @ 9 p.m. –> make sure to come by and enter often.