Yep, it is a horrible nickname, but it’s Sam’s noneÂ·theÂ·less. Sammy-Snake gave himself the moniker when he was just 2 and figured out that his name was started with “S” the “snake” letter. Okay, well that part was my fault but who knew he was going to take it so seriously? I mean really, I have never even considered calling myself Kim “Kangaroo”. 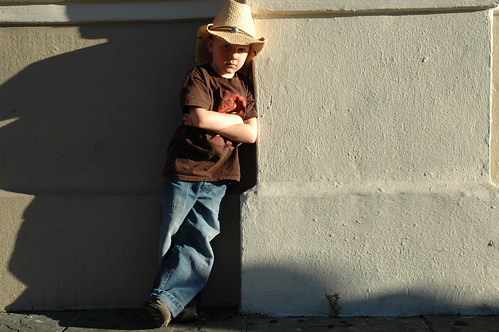 If the truth be told he should really be Sammy â€œthe Whinerâ€ Huisman (sorry Sam, but itâ€™s true) â€¦ you really have to stop it â€¦ REALLY. Too bad he wonâ€™t be reading this any time soon. Whining aside this is a great kid. He is loves his toys and the instructions that go with them. He saves, reads and re-reads the instructions over and over. He is a great brother to his 3 sisters both big and small (and medium … he is insisting that I don’t leave out his medium sister Lizzy). He is my little man! I love you Sammy-Snake.